The Ukrainian Academy of Arts and Sciences in the U.S.A. is an association of scholars dedicated to the promotion and advancement of Ukrainian studies and culture in the United States. It was established in 1950 in New York City as heir to the tradition of the All-Ukrainian Academy of Sciences of the 1920s in Kyiv (Kiev) and the Ukrainian academy-in-exile, founded in Augsburg, Germany, in 1945 and known as the Ukrainian Free Academy of Sciences (UVAN). Chapters of the Academy were also established in Detroit, Denver, Washington D.C., Philadelphia and Munich, Germany.

Since 1961 the Academy is housed in its own landmark-designated Renaissance-style building, the former Bloomingdale Branch of the New York Public Library. Besides the Academy’s office and lecture hall, the building also contains a library of circa 55,000 volumes and museum-archival holdings (over 500,000 items) of Ucrainica, making it the most extensive 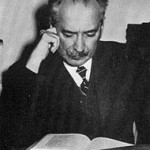 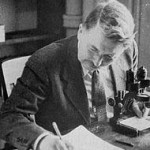 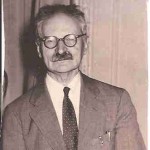 Prof. Volodymyr Mijakowsky, one of the “founding fathers” of UVAN.

archive outside Ukraine. Since its founding, the Academy has published over 140 books and journal issues, including such definitive treatises as O. Powstenko’s The Cathedral of St. Sophia in Kiev (1954), D. Chyzhevskyj’s History of Ukrainian Literature (1956), O. Kosach-Kryvyniuk’s Chronology of the Life and Work of Lesia Ukrainka (1970), D. Doroshenko’s book on Hetman P. Doroshenko (1985) and T. Skrypka’s Larysa Petrivna Kosach-Kvitka (Lesia Ukrainka). Biographical Material, Reminiscences, Photographs (2004). The official periodical publication of the Academy is The Annals of the Ukrainian Academy of Arts and Sciences in the United States.

At present, the total membership of the Academy stands at over 175. One hundred nineteen are Full Members (Fellows), forty are Corresponding Members, and nineteen are Senior and Junior Research Associates. The Academy regularly organizes and sponsors lectures, conferences, seminars, commemorative events, concerts and art exhibitions, both independently and in cooperation with other scholarly and cultural institutions in the United States and abroad, such as The Harriman Institute of Columbia University, the Ukrainian Research Institute of Harvard University, the Shevchenko Scientific Society and the Ukrainian Museum in New York and the Slavic Institute of the Czech Academy of Arts and Sciences in Prague, to name 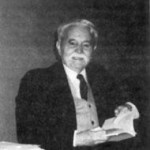 just a few. Research opportunities are provided for scholars and qualified students, who have come from as close as Columbia and New York universities and from as far away as the Czech Republic, England (Oxford), France (Sorbonne), Germany, Israel and Ukraine.

Although research and education are the primary activities of the Academy, a Not-for-Profit Corporation, it also 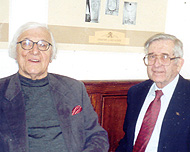 serves the general public interest in the City of New York by providing information and counseling to scholars and students regarding higher education in the United States and abroad, by sponsoring educational and cultural events open to the general public and, as noted above, by cooperating with other appropriate scholarly and cultural institutions.

The Ukrainian Academy of Arts and Sciences in the U.S.A. is exempt from Federal income tax under Section 501(c)(3) of the Internal Revenue Code. All donations to the Academy are tax deductible.